AVA's proposed new rules for us...

On the 8th of November, there is a proposed new law for Rottweilers...

Found on the Straits Times here...

AVA to take the bite out of rottweilers

OWNERS of rottweilers may soon have to buy insurance, place a surety and send their dogs for obedience training.

The Agri-Food and Veterinary Authority (AVA) is looking at making such changes to its licensing requirements for those owning what the authority terms 'potentially dangerous dogs'.

If the new rules are approved, owning a rottweiler could become more costly.

Dogs that must be leashed and muzzled:

New category for rottweilers and all its crosses

In addition to leashing and muzzling the dogs, owners must also: 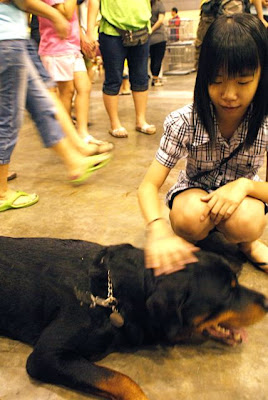 This new BSL, or Breed-specific Legislation would have long and far-off effects on the pet population in Singapore. 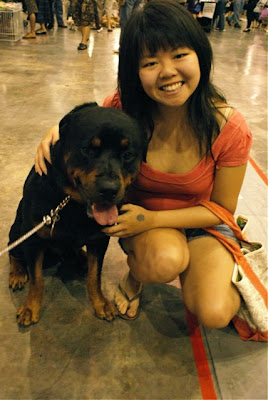 Irresponsible people like the Singh Family and their 5 rotties have most likely prompted this new BSL. How can we fight this? 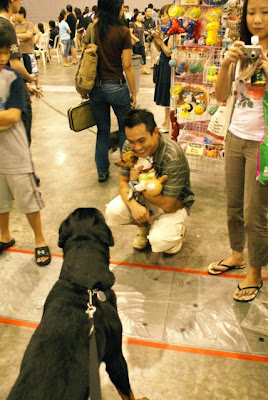 The America Temperament Test Society is constantly updating their stats... and guess what... 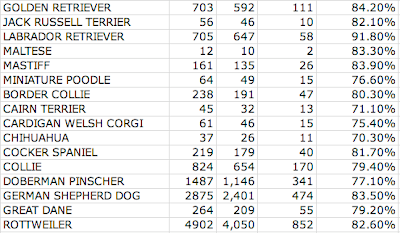 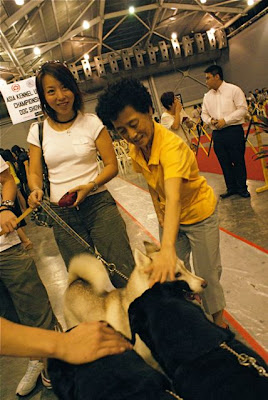 Like all statistics, the more samples tested, the more accurate the picture... and Rottweilers have almost 5000 tested, far above German Shepherds as well as Golden Retrievers and Jack Russells and Labradors. 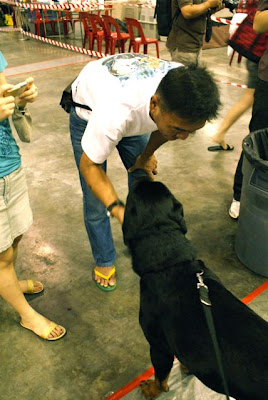 Some may argue that the new BSL is punishing errant owners monetary wise... But BSL has shown not to work at all, but to only eradicate the breed specific to it. Instead, owner education is so much more important.

As search and rescue dogs, we risk ourselves to save humans and ask nothing in return but a pat on our heads. If we are to pay insurance for ourselves to protect others from us, what happens then when we do help others? should we get paid in return? Also, obedience training does not ensure that the dog does not misbehave. In fact, our SCDF instructors preferred that the dog is not strictly obedience trained as we are to roam the rubble to look for people in help.

Interview US. The media has been widely blamed for ALL THESE misrepresentations of our breed. Why do you not take a look on the other side of the fence? Hopefully we win the Clubpets cover dog competition and have a great way to talk to others about us... and also hopefully another friend would be able to secure an article on her school magazine...

Yeah, we're not too happy about the recent news either. Never mind that there are scientific papers showing that chihuahuas and dachshunds are more likely to bite humans!

The policy will only deepen the misunderstanding Singaporeans have on dogs and especially lovely dogs like you. I cannot believe what is in the minds of AVA policy makers! I am upset. I made a point to bring up my dog the best I could and my dog behaves much better than many human kids. Yet we pet owners are always getting the shorter end of the stick.