What a great way to start a month!

First Pa won those Nuffnang tickets with my help... then we met Han, a new Rottie owner and his wife who owns a GSD and a son that terrorizes both parents and dogs! 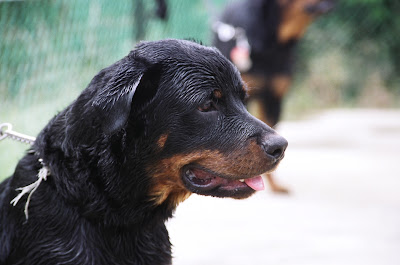 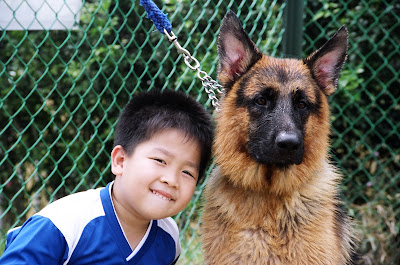 And guess what! They even went for their first SCDF session! Hopefully we'll get to see more of them in the future! But the youngster rottie had better learn whose the older one. HUMPH!

The National Dog Walk was yesterday and BOY was it a HUGE success! It was plenty of fun Pa and I went to Vivo to get ourselves registered! And strangely people weren't to scared of me there! 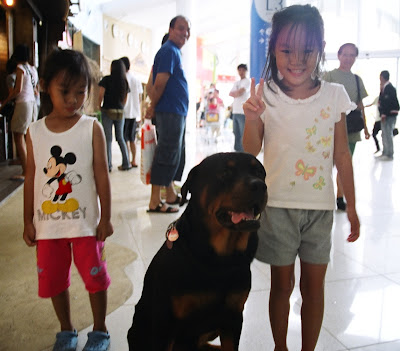 They all wanted to have their pictures taken with me! Why? I dunch know... But at the dog walk I hear people running away with fear and at the same time saying that I'm handsome. ermmm... cool? 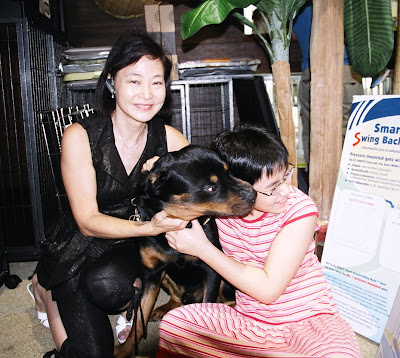 This Mother and Daughter even hid in the corner of Pet Lover's to have a picture taken with me! They weren't afraid and I decided to reward them for it...One for her... 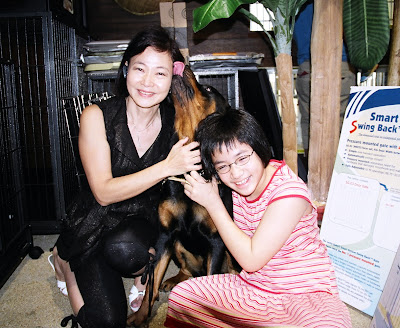 And one for you... My Pa looks jealous. He said human beings cannot even kiss each other like that. I was shocked... I asked him don't you guys give each other a good licking all over all the time?

"We do not smell each other's butts either." He's joking I'm sure. My Pa was smelling mine the other day! If it were true, I dunch think I wanna be a human. It'll be boring. 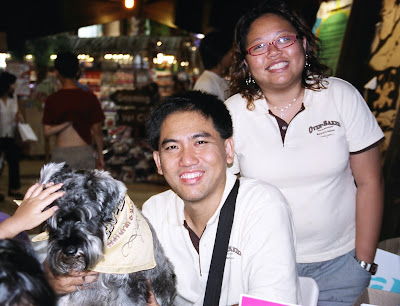 These are some of the helpers with the registration. They all knew me! I'm so honored. They did a great job! (but I didn't win the lucky draw. HUMPH.) I also met VERA! At the Dog Walk! I'm significantly bigger than her now...and she looks...hummm..very...nice now.....But I'm a little shy. 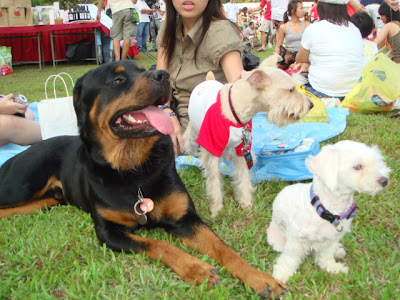 Nigel came along too as well as Coco...and her mama. We all had a great time rolling in the grass. 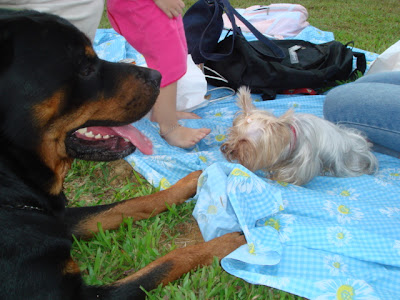 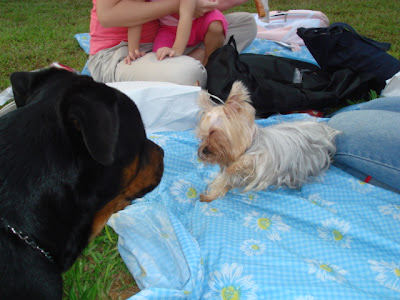 (-Picture by Wen)
There were also some really very very very very small dogs like this fellow here. He wasn't very shy and pretty playful. But the the fellow's parents were a little protective. Well, I was so sure I could fit him totally in my mouth. 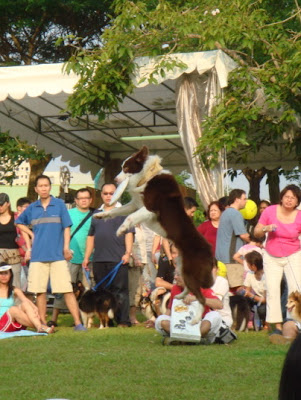 Check out Chester... He's so good. I just hope my Pa doesn't get it into his had I can do stuff like this. I see some dogs with pretty long coats but they are pretty light. 17 kg... 20kg... 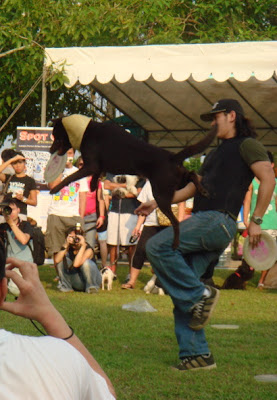 Honestly, this looks positively dangerous. Looks like he got kicked in the guts. Well, that is what Pa would do...He is very clumsy. This picture was taken cause Pa felt that the girl and dog look very much alike. Grumpy.
It was a great day outside.

Finally... Nuffnang has ads placed on my blog now! Please go tell the others as well as take a look at the ads. You need not click on them... but if you want to find out more, you should. I'm so happy I can pee! Instead...I'll do a magic trick! Its called the Barrel-cut-in-half Rottie/GR-trick! 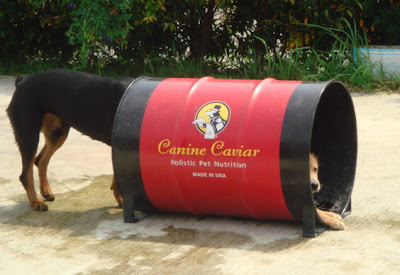 Will you stop being so stage shy? You're spoiling the trick... 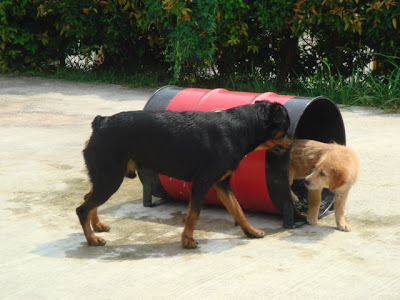 Your blog is AMAZING Bear Bear!!

You are so very, very handsome too - I used to go to school with a whole bunch of rotties and they are so much fun - not scary at all!!

Looking forward to coming back and visiting your blog often!

Oh wow...This is such good news! You look very handsome in the pictures. Sooo many people like you too! Hope, you won something after the event.

wah! ur papa certainly got a good angle and made me look so dashing in that picture! hahhahaha!

i wanted to say hi to you yesterday but i didn't know if i would maul you (even though ur twice my size) so i just looked at u from afar and said a silent hi to you in my heart.....*drama*

Bear Bear, we just LOVE your blog! We like seeing you giving Rottens a good name. ;)

It looks like you had a great day - wish we could have been there!

Oh Bear! You're such a cutie pie! Vera's such a darling. I always have to fight the urge to run up to her, cuddle her & smother her with kisses.