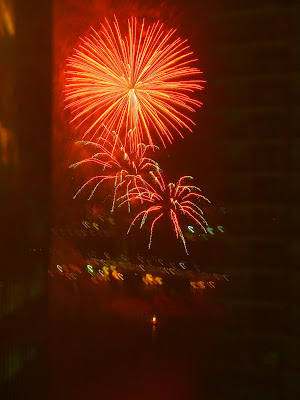 What great day it was... FOR PA yesterday.

He showed me all these cool photos and I just wanna BITE him to death. He says that for the longest time he never took pictures of anything else but me so this entry will be about his day yesterday.

I told him no one would be very interested. *flips hair* 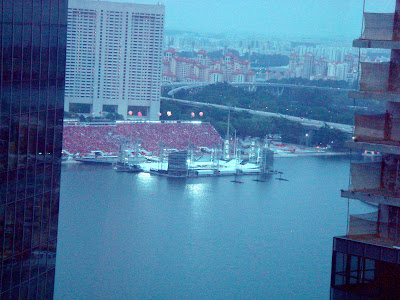 This was the view Pa had from the stage. In my opinion...it was pretty far off. There were THOUSANDS surrounding the area... Hence he felt that bringing me would probably kill someone of a heart attack. 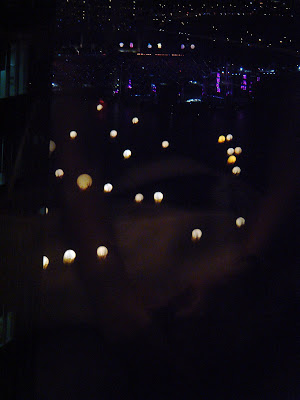 Its the same view... but the lighted balls was all over the water. Quite cool. I wonder if the balls were like the ones I like to play with. (Get your head out of the gutter.) 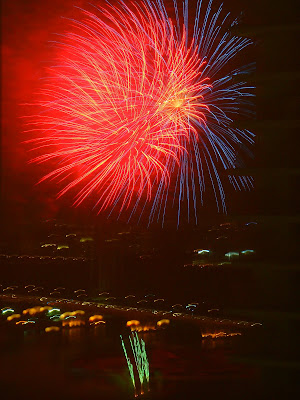 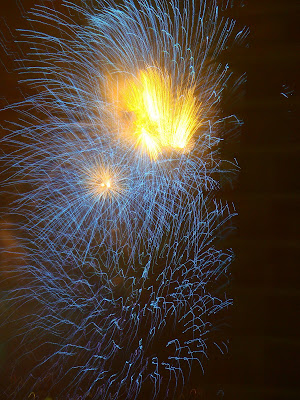 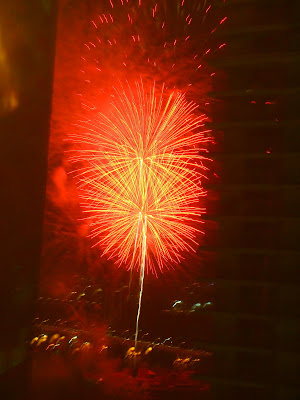 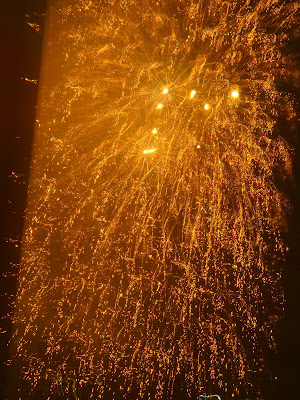 And suddenly the entire sky is filled with fire....Wow. 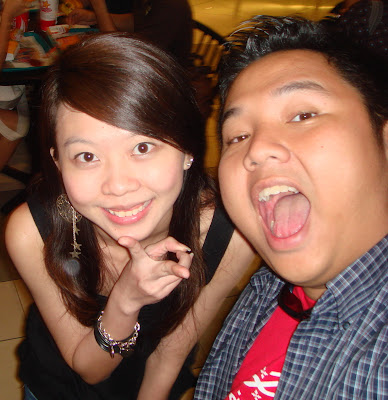 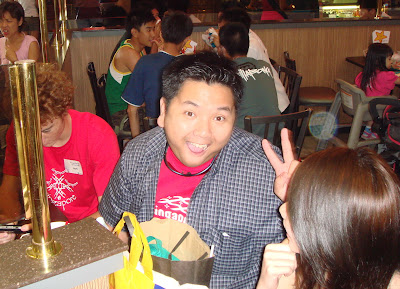 Pa before that met up with some friends to watch the Nuffnang movie Rush Hour 3 and had a little food to eat...Met with PLENTY of people... But everyone was asking about ME... HAHAHA. My Pa is not very popular.

Will post up more pictures soon!
***Updated***
Pa just realised that he did something and didn't mention about it... He gave some gifts to Nuffnang.sg and Nuffnang.my... Here are some of his friends posing with them...
HEY! Its ME!! Pa says that mini-me makes the girls here look better. But of course dunch you think?
at 10:28 AM

ah cool! i think we sat beside you yesterday at the screening of rush hour. :)