Oh my gosh... What an expensive 2 days Pa just had. He came back the other day looking at me with the most guilty eyes... 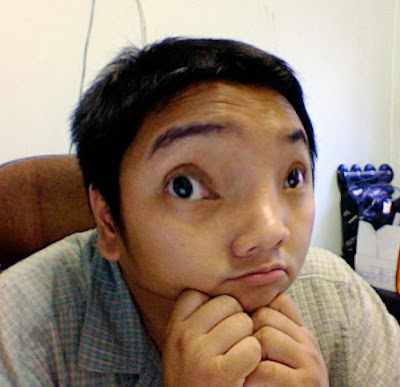 "Bear... I'll be on a strict diet soon to lose 40kgs. I think you should do the same."
Same? I'm ONLY like 36kgs!! Is my Pa hiding another Rottie somewhere inside him? No wonder I thought he smells familiar.

But after a while... I decided that something else must have happened... so I went into his office and guess what I saw...
A BRAND NEW iMac! With the coolest keyboard ever! That couldn't have been cheap... And then...I saw another thing that made my heart stop.

A Sony DSLR? What's going on? OMG! its the COMEX show at Suntac! Pa has gone MAD! that's at least $3500 in 2 days! What on earth is he going to feed me now? I going to have to take things into my own hands and start a "Feed-The-Bear" Fund. I know of at least one person that isn't entirely mad. Right Godma Lian? You will feed me right??

After that I met Monty and Godma Lian! (dunch know why suddenly Godma, but she claims to be my biggest fan and promises to buy food and treats. I'm convinced.) 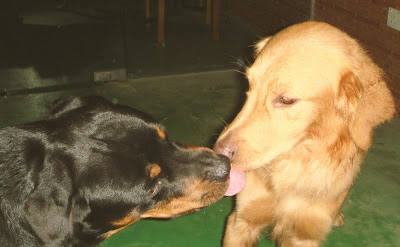 Monty and I hit it off pretty well. Godma Lian is smitten by me. Its all good.

The last SKC show was HUGE! We met plenty of people there and I'm really glad I went. Saw Bruno and Axel, two other male rotties there as well. Bruno was so happy with the cold floor that he's always spear eagled on the floor. 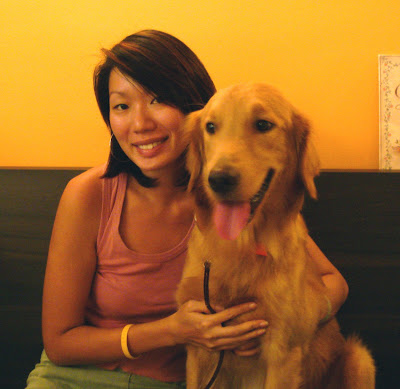 This is Monty and Godma Lian. He's just pretending to be good. We were hanging out with each other and suddenly i saw VERA!!! 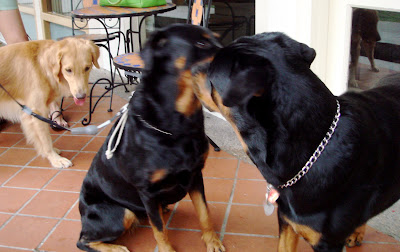 I didn't see her for some time... so I just had to kiss her like the French do... Bruce taught me that! Monty looks sad though. Maybe because Vera wasn't too sure about him yet. Or maybe he's just PLAIN jealous. 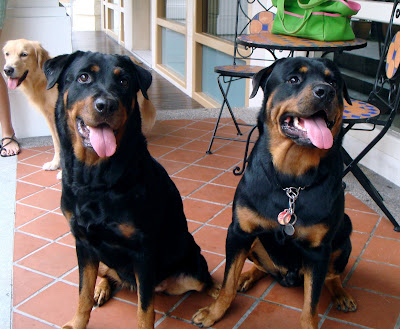 Pa better take much better pictures of me soon. One last thing... CHECK THIS OUT! I'm a Featured Dlogger on Nuffnang! That's probably better than SEX! Not that I know what that is yet. Its an expression I heard from Pa... It must be good though... He keeps moaning in front of the new iMac.
at 10:52 AM

I'll feed you anyday Bear. What would you like?

Bear's Dad: You bitch!!! I hate you!! I want the mac ... I just went to Wheelock and Mandy of course, simply HAD to show me. Now my life is ruined.