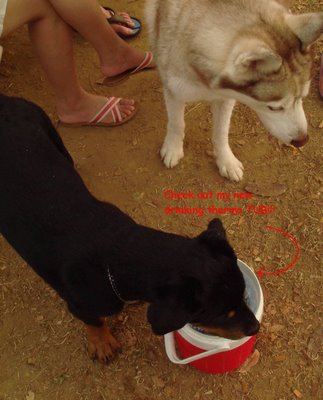 Check out my new Water Thermo Tub
After being laughed at repeatedly by Jaffe's Mom, Pa decided to hunt for a Water Bottle like Jaffe's...but it has to be much bigger...
No no no! Not that Pa has anything to prove by the size of his Water Bottle, but because my head would eventually be very big. At least that is what Pa says.
And he manage to find one at only $10!! Its at AMK central and BOY is it big. And its great to keep cold water in too! After one entire night, the water in the bottle is still relatively cool! 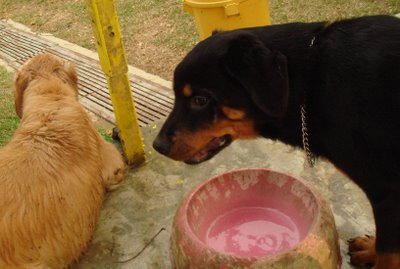 Water is always sweeter in someone else's bowl

I'm here at the Pasir Ris Dog Run that everyone has been talking about. Free water baths and shampoo and everything.... Pa is thinking seriously about bringing me here to play with the water before another trip to the ocean.

Even with the new Thermo Water Bottle with nice sweet cool water, somehow, water simply taste better when the other doggies are drinking from it as well. Well, of course some of my canine pals would disagree....

But hey! its just me. 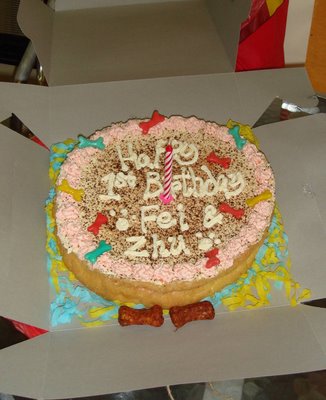 And as mentioned before... 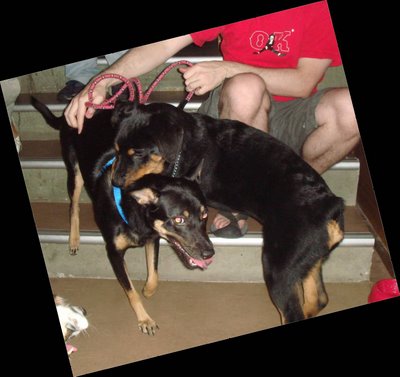 And this is Fei. She's pretty cute and all... but i tell you....Eve, her mom is definately cuter. Fei was in a bad mood that day...probably from birthday blues and being 7 years older and stuff... But her mom was ALL giggly from my kisses! 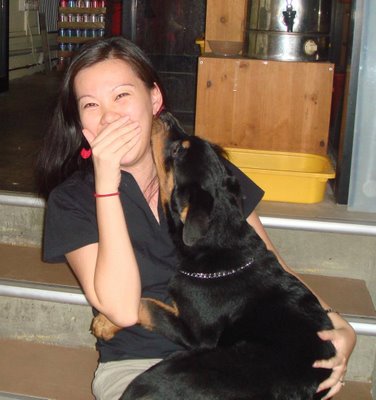 I've got more pictures to put up later... HEEEEEeeee....WOOF!

oh! that's such a cool idea. the Thermos Water Bottle. Gotta get one for Fei too.

that's a funny pic of me!
I thoroughly enjoyed the loving kisses Bear planted on my face.

Right, I should go do some work now. Promise to send pics over when I get to it.

Aren't you the little Romeo!