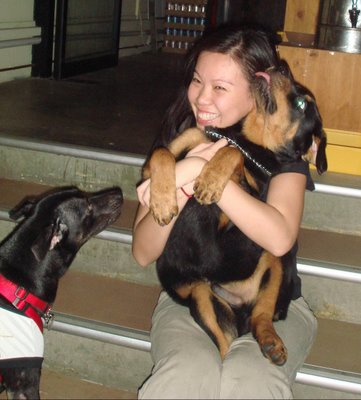 As promised, these are some pictures of Fei's Birthday Party!

This is one of Fei's sister trying to steal my thunder. 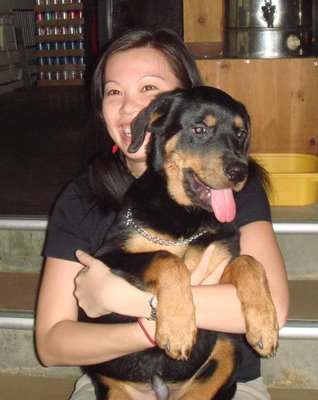 This is another "I'm SO CUTE" picture. Isn't Eve pretty? I could eat her all up! Check out my paws...they're probably as big as her hands! 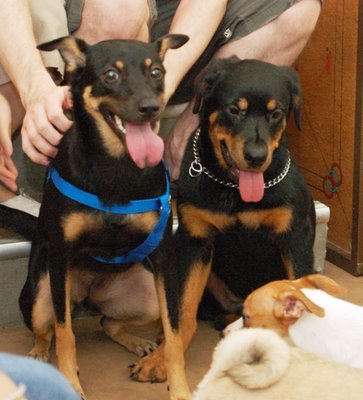 This is Fei and I in a couple shot. Everyone wanted in! 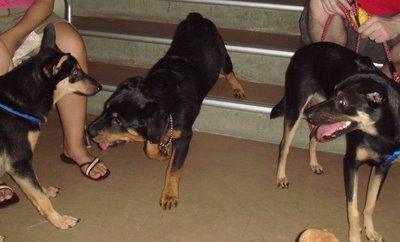 I was quite the stud of the party... well.. because I was only 1 of 2 male dogs there! Everyone was giving me all the secret glances and tail wags. Talking about feeling like a STAR. 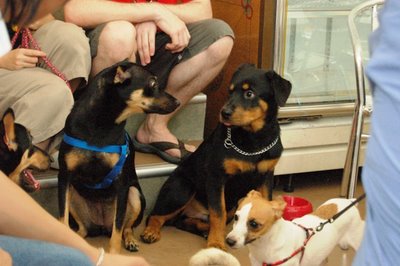 Over here is Eve's and Pa's favourite picture! It looks as if Fei is asking me "what are you look at??" In reality, I was actually checking out the rest of the girls there... and she felt that not enough attention was given to her...

When confronted, of course I had to let her know that I have only eyes for her and that the rest didn't matter!

Also, a shout out to Butch & Snickers! for being the first (that I know) to place my icon on your link list!!!

I have to just say that it definately looks cool.

awww these are nice pics.
Bear bear, Fei thinks you're a "dirty, pooey" boy now but in a couple of months when you're bigger, the crush will become more apparent!
(don't tell her I told you so)

I'll have to check back your site to see how you've grown.

I wonder if I'll still be able to force you to be my lapdog when I see you again in Feb. I don't care. I'll make you sit on my lap and you can chew on my earring or my hair if your pa lets you.
love heaps,
Eve ( and Fei <--- the 'teen' who's in the phase whereby all boys are 'pooey')