Auntie Crystal at the Expo! Prizes from the CoverDog 1st runner up position! The Passing of Sammi, a fine fine schnauzer. 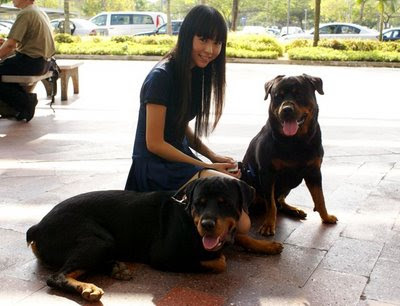 Remember we won first runner up with the cover dog contest? We were told to go down and collect the prizes! We have PRIZES other from the coffee book! Auntie Crystal wanted to see us so we dropped by at the Expo where she was working for the day... She had on a police woman uniform! 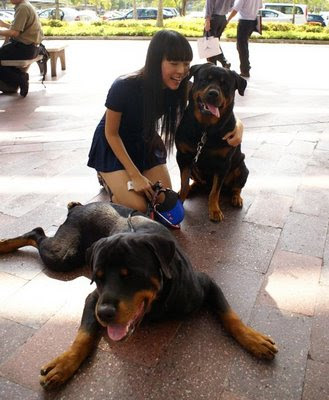 Too bad she left her hat and baton inside... it would be cool to have her be pulling us back. Plenty of people started taking photos... 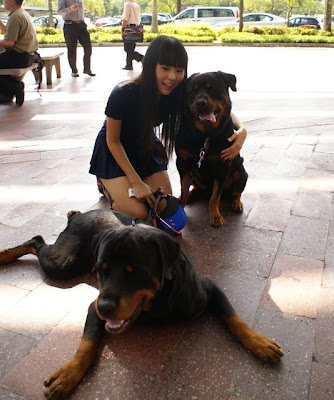 But like her, we are all used to the attention. She's a tiny little thing anyway. 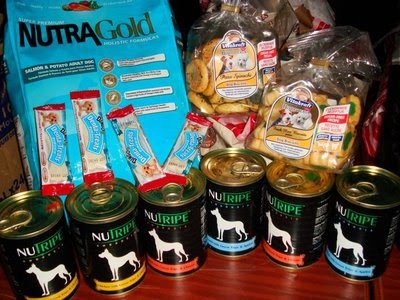 This was what we WON!! WOOHOO!!! FOOD GLORIOUS FOOD! We think even though we didn't win, we had a great time doing it and had some really nice photos out from it anyway. 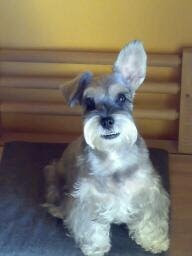 This is Sammi. She was this REALLY good and smart schnauzer with Auntie Cynthia. I swear her vocab was really good as well. And I liked her a whole lot! 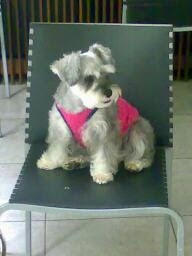 Well, she sometimes nips at me, but that's only because I'm the REALLY big fellow that always rudely smells her. I cannot help it. She smells so good.

She passed on a couple days ago, going over the rainbow bridge finally. Apparently she was not in her best of health in her 7 years... but the good news apparently was that she didn't suffer at all.

We aren't really sure what exactly happened, but she walked into the kitchen, laid down and passed on. Sometimes, that is just the best thing really.

We will miss her lots and look forward in meeting her again when we pass on ourselves. I'll be more than happy to let her nip me. 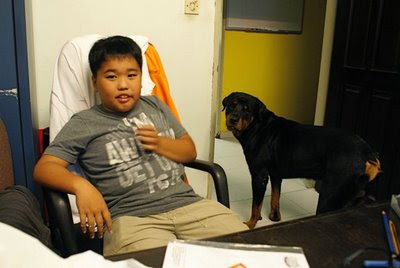 Life can be sometimes so frail. We really should cherish and value what we do have. 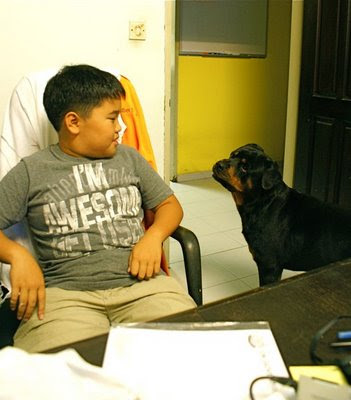 Its just simply looking out for one another that makes things so much simpler and better. I mish you Sammi... more than you can imagine.

I realise i never had any picture taken with her... and that saddens me so much. There is still CoCo and Joey. Cannot forget anymore.
at 10:15 AM

we're so sorry to hear about sammi - she was a bootiful girl.

Bella liked Sammi alot even though she growled at her. I am glad that I got to see Sammi 1 mth ago and played fetch with her.

Miss you Sammi - you are a trooper.