Blogger's Flash Mob and Opera in the Park 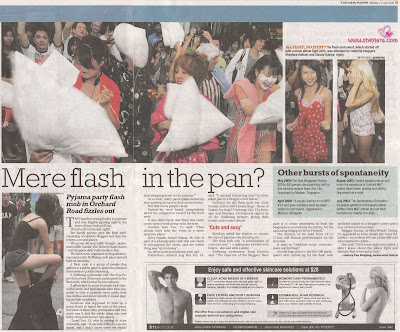 Wow, the Newpaper reported it... Singapore's first Blogger's Flash Mob... If you do not know what a Flash Mob is suppose to be like, go Goggle or Youtube it. 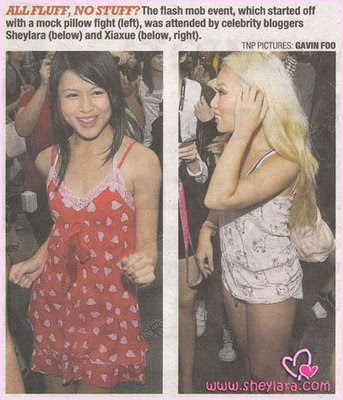 Of course since this was such a big thing, we had to at least make an appearance! Just for a while anyway.

Unfortunately Uncle Jayden that made the little clip, didn't bother to put out blog name on the video as well... HUMPH. Right now... Auntie nadnut is kinda pissed with Pa as well... Dun know why... but I'm sure she still loves us lots! Hope she tells Uncle Jayden who we are... like who doesn't?? 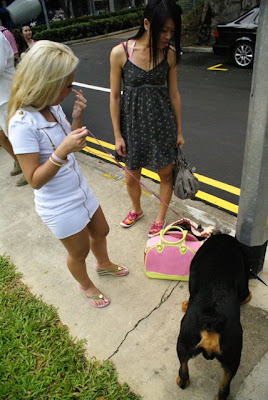 Auntie XiaXue also brought her little teacup terrier along... It was a cute little puppy... 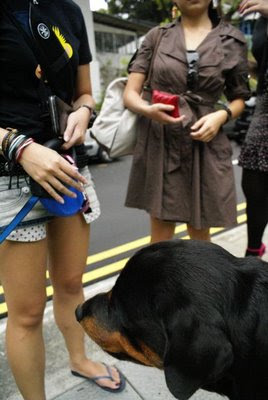 Auntie Thiang brought all her little friends around as well! 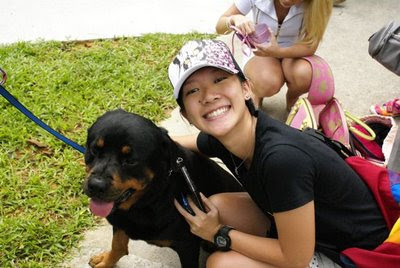 Hahaha... Auntie Heather loves us bestest! She wanted a photo with us! And not with the small dog! Big Dogs are REAL dogs... muahahahaha! 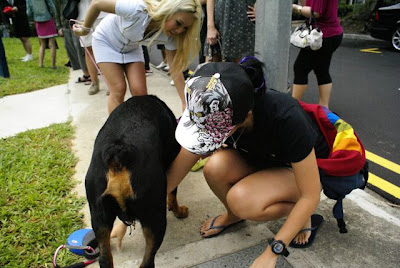 The Flash Mob lost its meaning in this little event... I mean... when you put a bunch of bloggers together... they can only cam whore each other. That totally defeats the purpose of a flash mob event. 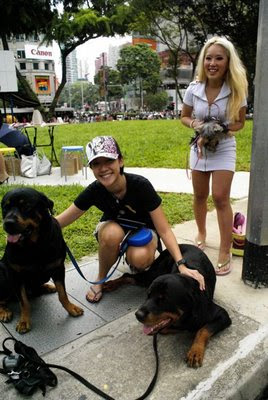 But I dun care... I just wanna have fun with everyone. Bruno had quite a bit of fun too! 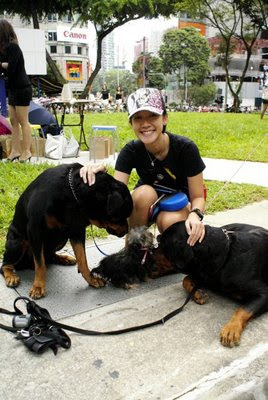 Soon everyone left to go to Heeran to do the Flash Mob event... perhaps a better briefing and not granting interviews before the event would be a better idea. Oh well... everyone learns! I guess that its enough that it wasn't raining. 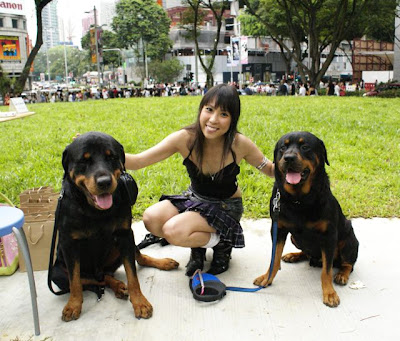 This one skipped the Flash Mob altogether just to stay with us. 3 police officers after that came over to talk to Pa. Apparently once again, someone complained that there were unleashed dogs in the area.

They thought it was strays. Pa apologised for troubling them and the lead officer simply stated that it was no problem. As he was walking over to us, he could see we were very well behaved. And it was absolutely not a problem at all. It was great to see us!

However, Pa decided to leave soon anyway, as the person that called the police would inevitably be watching the exchange... probably excited. And when the person sees nothing was done, he would very likely call again and get that nice officer into trouble.

Every phonecall the public makes, the police have to file a report. It isn't their fault, just their job. Hence, getting into trouble for doing their job isn't something Pa wants to happen. If he leaves, then whoever that calls again can have the officer say... "well, they have left. Thank you and goodbye sir." 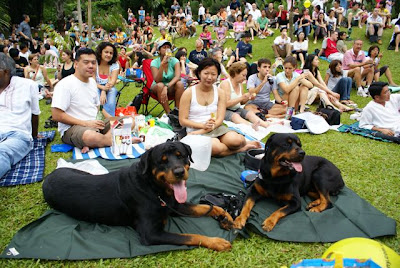 We also briefly went for a very short and interesting event at the Botanical Gardens! It was suppose to be a day of relaxation, but the entire event was surprisingly short. 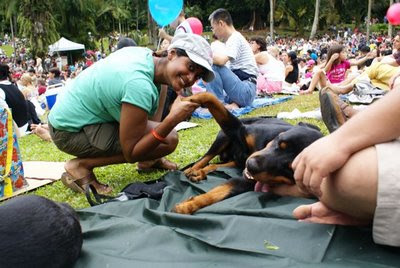 Its still good that we were treated like royalty. 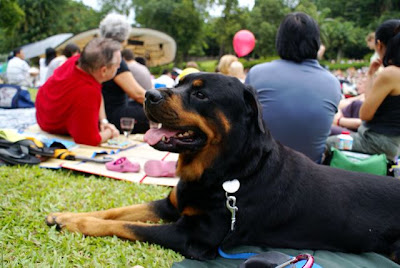 No one ran off screaming or crying or dying. 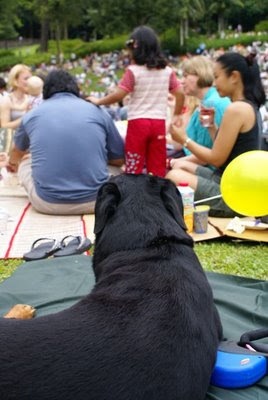 Parents were surprisingly more than happy to have us both laze around. 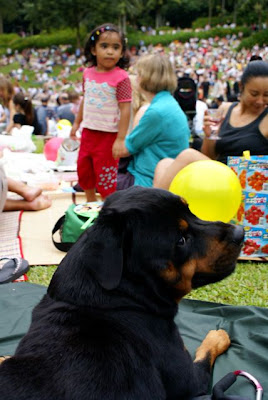 The kids undoubtedly loved us too. 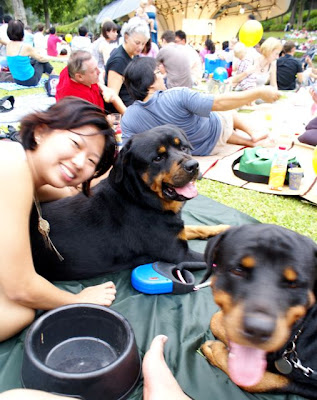 Auntie Jyin had missed us quite a bit... and Auntie Gail was down with the flu. Auntie Barbra had to teach swimming so she also missed us completely. 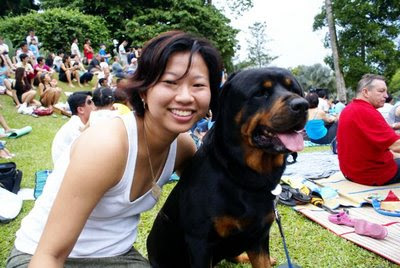 Yeah. I make her look good. 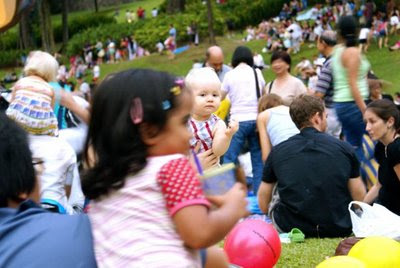 Oooo... doesn't that little one looks good enough to eat? Figuratively speaking of course!
at 11:06 AM

Harlow! We were wondering when you were gonna drop by... we have visited your flickr page! thanks for including us into your life! If you wanna do a set of photos with us, we really wouldn't mind.