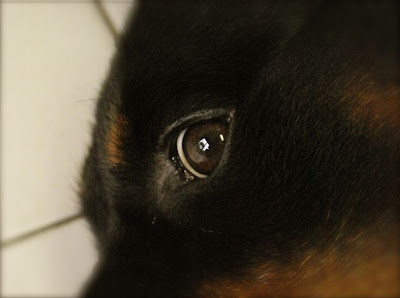 What a busy month it has been... Zorro, Whiskey, Fifi and Jojo has all been successfully re-homed. This was all due to the efforts of people who cared. Auntie Mingli, Auntie Suzanne and Uncle Kelvin are just but a few people out there working hard to make sure lonely doggies have a great home to live in.

Not to mention the successful adopters of their new precious dogs. They too have decided to give these furkids a new lease of life and another chance of being part of a family.

Someone asked Pa if he was interested to put another dog up for adoption... through an email she received. Pa asked if she has ever met the dog or know the person posting it up... You see, there are many BAD people out there. Sometimes, they post up adoption notices and then try to sell the dogs.

That's right... there are known people who "adopt" dogs for free and then in turn try to make a profit by selling the dogs to other people... by charging "adoption fees". Adoption Fees in general is important. Like Uncle Kelvin who initially disagreed in charging anything, he realised that after the fire dies down during the adoption process, people change their minds just as quick.

Would then making the interested party pay a small fee secure the dog's future? Maybe. Humans inevitably take for granted things provided for free. Then maybe actually making someone pay something would give the sense of ownership that is essential really... That's probably why dogs are considered property. 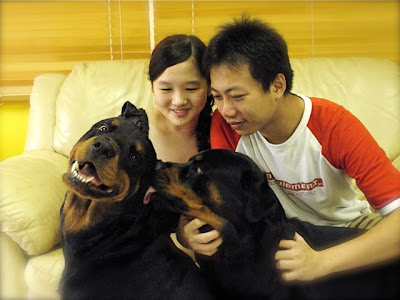 Hey... I dun mind it one bit. Who cares what other people say?? Us doggies know the truth... We are really the boss here! muahahahaha! MsV and Vandalin came to visit us today... They make a lovely pair... well really just because they like us a lot too. 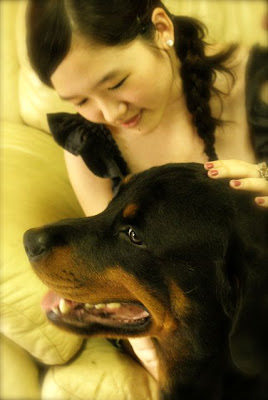 She is SO SMALL compared to us... Bruno's head is already bigger than hers. But that little brat knows how to be gentle wth her. 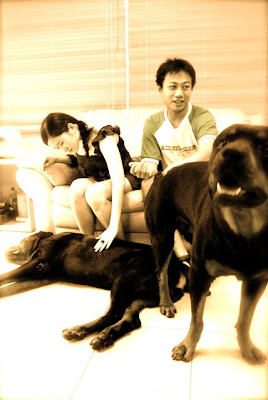 Uncle Vandalin as always is putting his hands where he shouldn't. 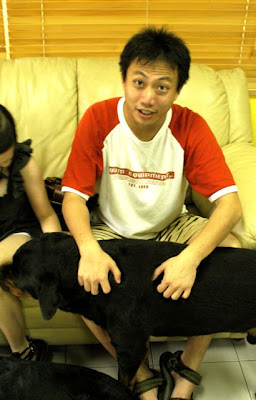 That's wonderful news! Yeah, my hoomans will never give a dog up for free becoz it's very dangerous! What you said, is very true. People take advantage & to them it doesn't worth anything well becoz, it's FREE! So, if they want to throw them away anytime, they can do so. Adoption fees are very important. I noticed when my Mommy put up a ad about a Akita (pure pedigree somemore) for adoption & then put up the medical fees which only cost about RM500 not including for the Bayticol & other medical stuff, no one wanted to adopt her. Except only one person was interested after 1 month.

It's good news that all dogs are successfully rehomed. One dog adopted is one dog saved.

That must have taken a lot of patience and efforts for the fosterers and rehomers to do so. It's really commendable of them to do so.

May the dogs and their new owners seek joy and happiness in each others company.