So long Alfie, Thanks for all the fish. 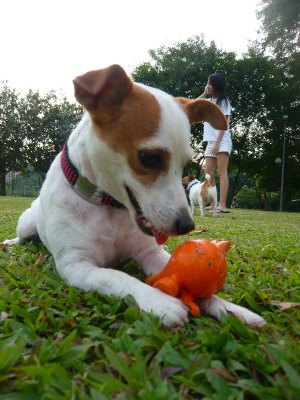 Alfie was a fellow SCDF dog that I had the pleasure to know. If I am not wrong, she is this sweet rescued dog that was trained to rescue others 50 times her size. Her Mummy was really nice to me as well. She even made treats specially for me.

Pa was so impressed that he went ahead to buy a dehydrator, and had fully planned to return the favor. He never did get the chance.

For the life of him, Pa simply cannot find the pictures of alfie and me together during training. He knows he has some... but...

Alfie didn't pass away because of illness or old age.

Hey there Shirley! Claudia here. Here's the version of what I saw, I hope it helps. :D

In a blink of an eye, the German Shepherd managed to catch up with the smaller dog and it gripped the smaller dog's body with its teeth and started shaking it vigorously. Although I was at least 10 metres away, I could hear the smaller dog whimpering and crying away. My heart sank as I could feel the dog's pain. At that point of time, I heard a woman's cry. I turned and saw the smaller dog's owner. She had her hands over her mouth and she was obviously traumatized.

After what seemed to be forever, the German Shepherd let loose of the white dog and it fell onto the grass. The German Shepherd started running towards another direction and its owner immediately gave chase. The owner of the small dog ran up to her pet's side and picked it up. I ran up to the woman, wanting to see if I could be of any assistance.

The German Shepherd stopped running after a few metres and from where I was standing, I could see the owner hitting her dog on its head. I quickly focused my attention to the injured dog, offering to call a pet taxi or to get some medical help.

After taking down the numbers and stuff, the pregnant lady offered to take the injured dog to the nearest vet as she had a car. When that happened, I walked away as I knew I had done enough. Before I walked away, I gave the dog a last look. It was in a bloody state and although it was no longer crying, I knew the dog was still suffering. 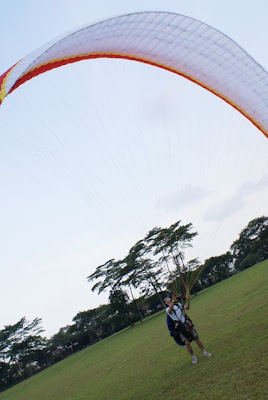 Dear All, some of U may already know that my most beloved pet Alfie passed away on 020908 at 0715am. Everyone knows her as a healthy dog and wondered about her sudden demise. I cant bring myself to talk about it at this point in time and this is the witness who saw everything that happened on that fateful day that lead to Alfie's death.

I want my quiet time now, remembering her as an extremely happy dog, so full of love / life and so so brave as she fought for her dear life!

Alfie has a blog http://lovablealfie.blogspot.com which was created by an old classmate of mine who fell in love with her the minute they met. Not many know of her blog as it was to capture our times together. I will blog our happy times together when I am more composed.

I may have left some ppl out but please feel free to forward this to whomsoever who knows Alfie and thanks to ALL who had sms me their condolences directly / thro G, Mum of Alfie's boyfriend, Joey, (http://joeyjrt.blogspot.com) who immediately came to help me organise all the necessary arrangements for Alfie.

Special thanks to Scuba / Helios / Tommy / Huskee / Joey N Jack whose friendship Alfie will definitely always remember. I am unable to read the hand delivered card now as the pain is too great but will do so at a more appropriate time. 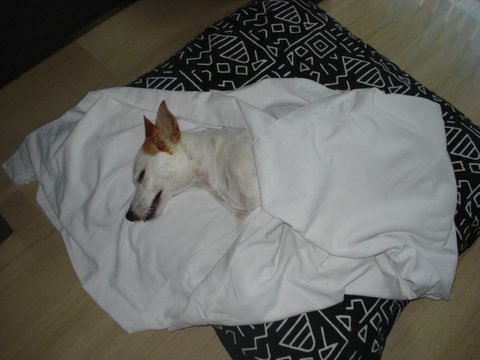 Goodbye Alfie. You have taught me that even though you didn't really like big black doggies, you did let me sniff and interact with you during training. Even your mummy said that it was a surprise to her.

You have taught me that nothing in life remains constant. I cannot imagine how you felt during the entire episode. I wish that I could have some words with the GS that led to your demise. You had so much more to offer.

Goodbye Alfie. Thanks for all the fish.
at 1:46 PM

This is just terrible... All the owner's fault. She shouldn't be the one who should be handling the dog since she's pregnant but walking the dog with no leash attached is very irresponsible. Poor Alfie suffered & died for nothing...

That is very sad.

I just feel angry at all those humans who don't use leash. We should have pet police to arrest them.