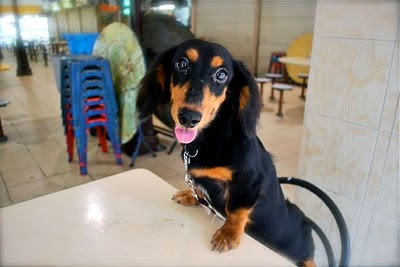 Say hi to STELLA! Auntie Grace's newest addition to her family! Shes adopted from Hot Dogs and she's only 6 months old! Look how beautiful she is... Auntie Grace has totally fallen for her the first time she saw her... Its hard not to with a black and tan dog! 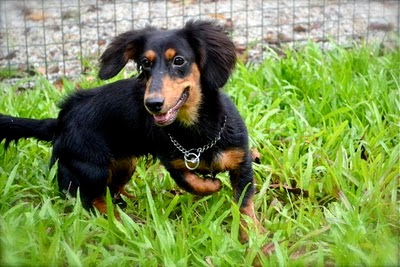 It was quite funny because some passerby's thought she was our little pup! Not that we mind... but its kinda difficult to have a pup with Bruno. He's missing a few essential parts and dumb to boot. 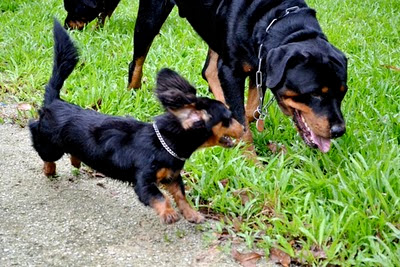 But as all puppies are, she was very playful and really a very good girl. Easy to train too. 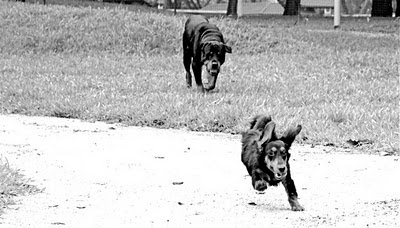 Much to learn she has... but she will learn them. Right now, she is just a happy puppy. 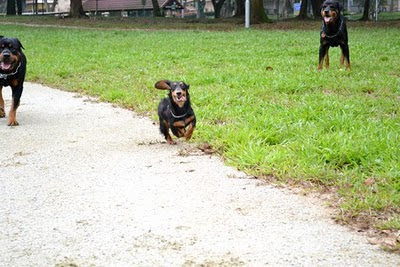 She's happy to be playing with us... but hopefully she will be meeting a whole lot other people as well... Ozzie isn't really the playful type. 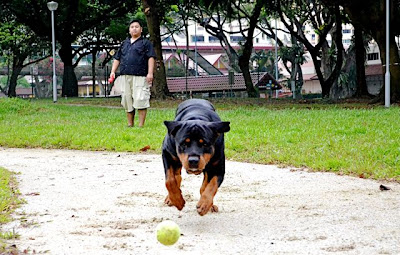 Don't worry... Bruno braked from the camera with inches to spare. 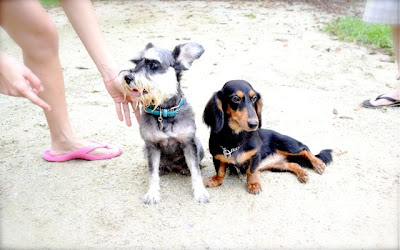 Hahaha... we tried to take a picture and thought we had it... 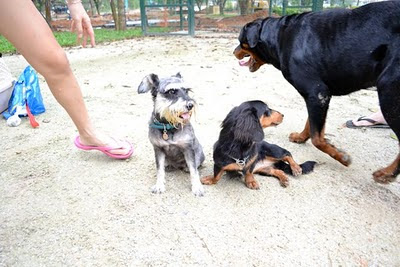 But Bruno decided to photo bomb the effort. Oh well... there is always next time! 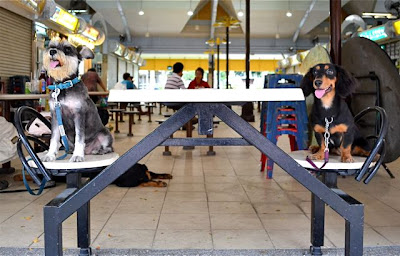 Later we moved on to the nearby hawker and had more opportunities to take pictures... but don't tell anyone about putting dogs on chairs. Wakakaka...
at 12:46 PM