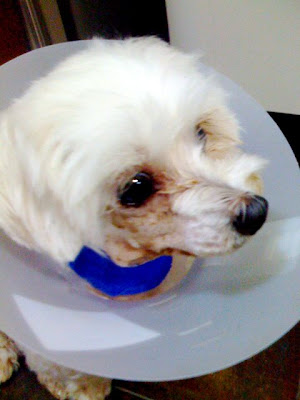 Good news is that Nigel was so happy to see Pa that he went over to give him a lick and was totally happy... for about 5 mins, after that he went back to being rather miserable... I would be plenty miserable too. 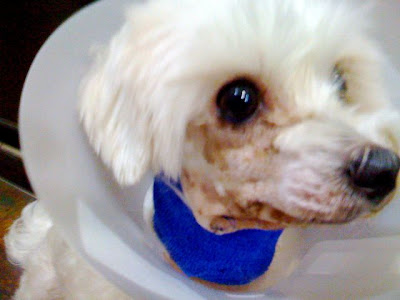 With the right side of his jaw crushed, he was shaven down and that's the stitches from the surgery. Right now, the bill for the entire episode has already exceeded $1000. The husky's young owner would probably need a year just to settle his debts. 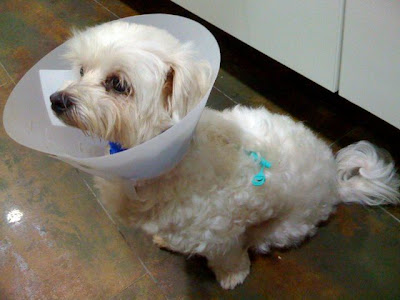 You see that little blue valve there? that is how Nigel is eating... food and water is injected through the valve into his stomach. He is mighty miserable alright... We will be checking in with him every so often. 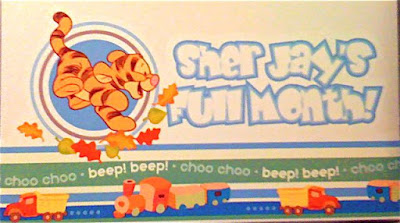 On the a brighter note, first day of the Lunar New Year was SherJay's full month celebration! There was some confusion about who SherJay is.... NO he is not Pa's son... I AM. Not SherJay... he is Pa's elder brother's son... that would make Pa his UNCLE. 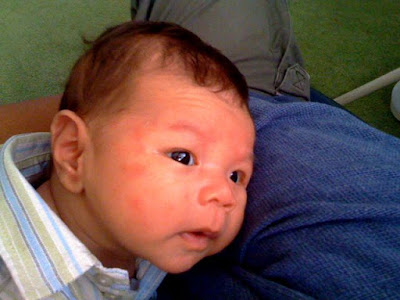 For our Foreign Friends, we Chinese Rottweilers have lunar new years to celebrate... which basically means we get to celebrate New Year twice... and get money for it too! Hey... we didn't make the rules! 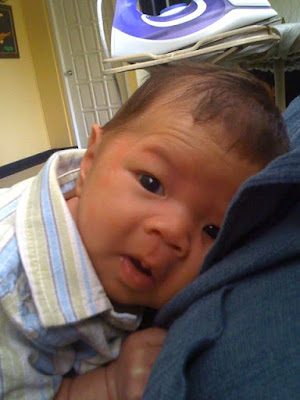 This little bundle of joy is really Uncle Song's son... when he needs to shit, he does it with a BANG! only a month old, and he is able to kick pretty hard... and he can even move his head and neck with ease! Apparently unheard off... Hey... I manage to walk in my first few mins.. so I dun know what is the big deal. 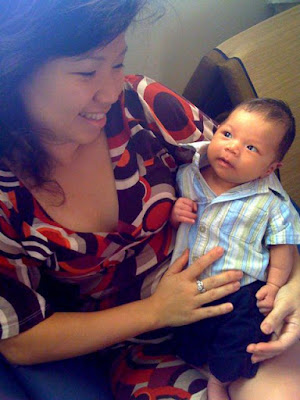 The first "Haw" <-family surname> and he is male... fantastic! He will be doted on i suppose! We can't wait to give him licks. We aren't allowed to right now... Pa says we are stinky. 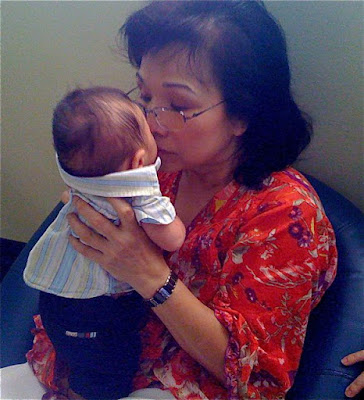 And cause everyone is smelling him... he has to smell fresh. But really... did you smell his Poo? how on earth something so small can pass out so much is a mystery.
at 11:56 AM

Good to see there's some recovery

Poor fella. I know how miserable it can be not to be able to put food in mouth & actually eat.

Wishing Nigel a full and speedy recovery! Our thoughts are with you boy. Take care!

glad to hear Nigel's on the road to a-okay.

I've got a 2-mth old niece and man, she's fragile. Sha-jay looks suave at his tender age. Wait til he gets older and starts running ard! Bear - then u can have more fun w him. Haha.