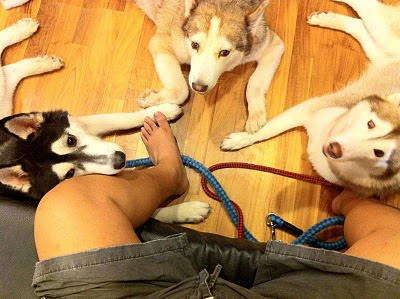 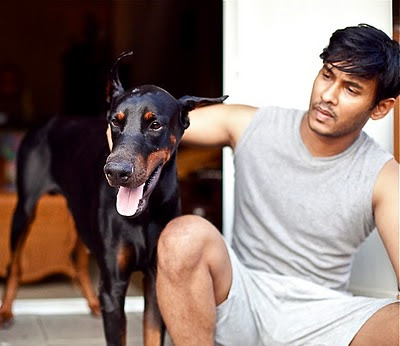 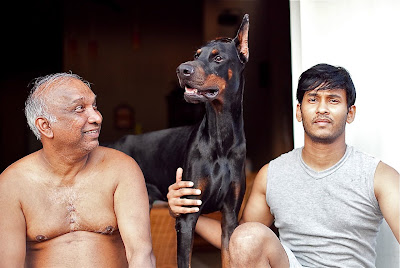 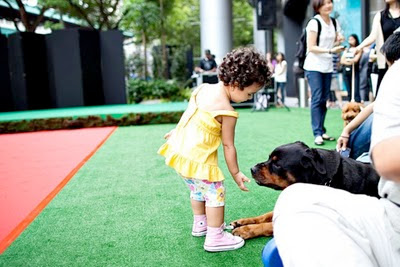 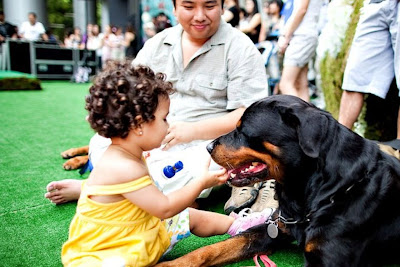 She even fed water to the Bruno and was totally at ease. Hope we get to meet more little people like these!
at 6:20 PM

i love your dog photos. is the last one a rottweiler? also the huskies are really cute.

Oh, Bruno, with the wee child and the smile on your face, I mistook you for "Carl" of the Carl books fame - another Rottie who loves children - and is very talented :). So nice to visit your blog.

Hi, I'm looking for a rottie. I was wondering if you could put me in touch w bear/bruno's breeders? thanks!