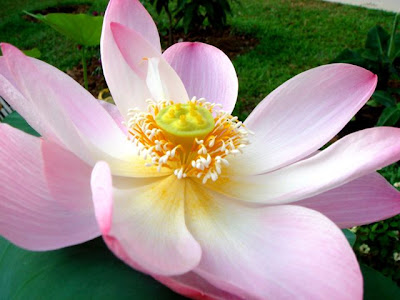 As I was going with Pa for breakfast today, we saw a crowd of mothers and children looking at this lotus flower in full bloom. From the exclamations, what should be commonplace is really a rarity in urban Singapore. Realising that it was Vesak Day just the day before, the lotus in full bloom had a special meaning I guess. 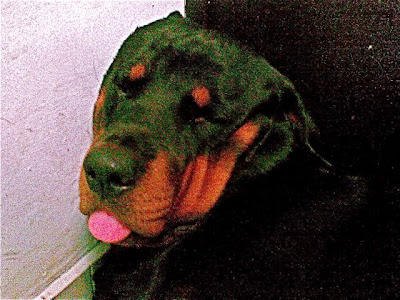 Sometimes everything is compared to that of human standards. We have to realise that at times, that is simply unfair or plain stupid. 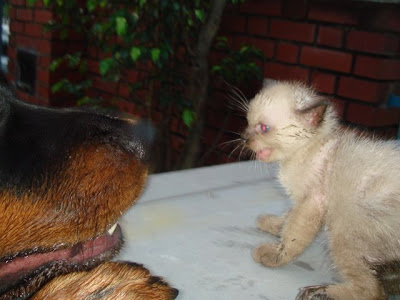 Kittens were found and most people would have said that two male rotties would have killed them in an instance. They could hardly walk on their own but boy were they feisty. 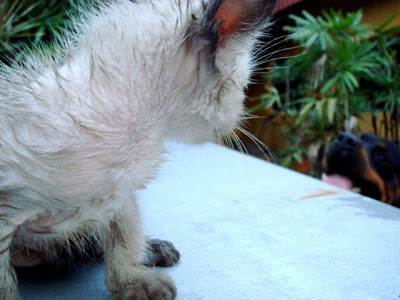 Ok... they aren't our greatest fans, but that's probably the wet look here is really us slobbering over them. Licking them really clean. I have a feeling they do not like to be that clean. 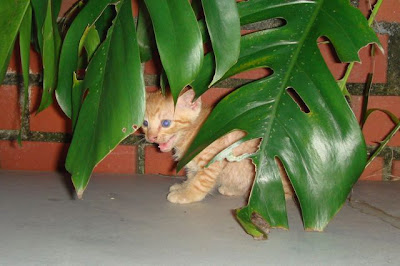 The smarter one went to hide. We were as gentle as two rotties were, playing with them whether they liked it or not.

After that we had them for a after-dinner snack. 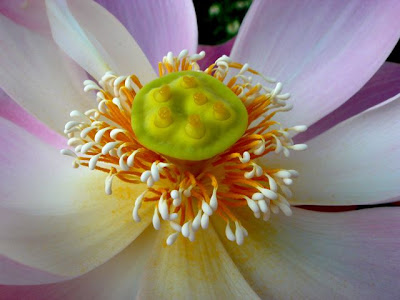 Sometimes, beauty isn't about what you can see in the outside after all. Its really the experience that is beautiful.
at 12:17 PM