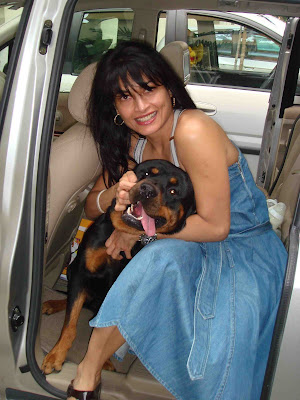 According to the Flying Dutchman, many people SMSed in to say that its the fault of the owners...

he went on to say that all Rottweilers should be muzzled at all times.

Glenn Ong and Jamie (his wife) was more or less on the same page. They used terms like "killer dogs" and "killer instincts"

After that... the Flying Dutchman read out Pa's sms and he agreed 100% with it.

"For every Rottie that attacked, there are 100s others that are in Search and Rescue and serving with the police to protect others. Rotties are not evil."

FD apologised for using the term killer dog... but they still made several wrong observations after that about Rotties in general. I just wish someone would just come to talk to me instead.

And so... the issue has worsened.

"It was the NATURAL INSTINCT of a larger dog, rottweiler or not, to ATTACK a smaller dog. And that was EXACTLY what happened." 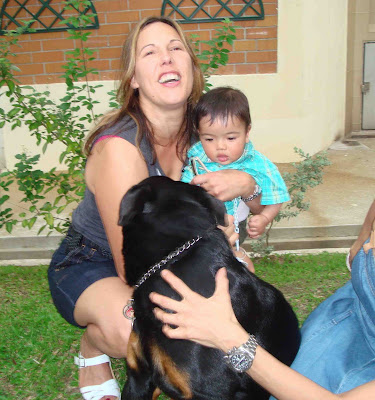 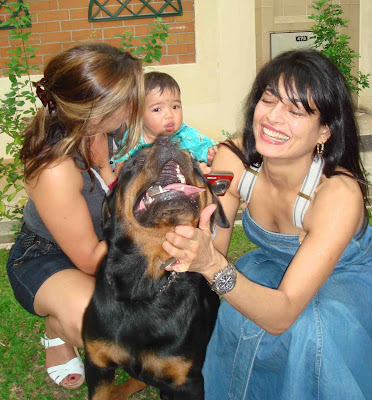 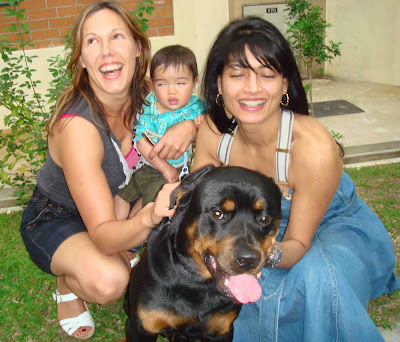 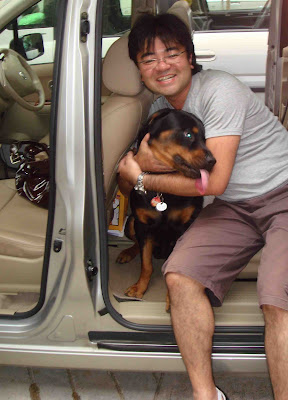 I hope Pa can help us out... cause other's are really fucking things up major.
at 9:26 AM

I think she is just slapping herself.

If the rotties are a pack with killer instinct. Why is the family keeping a pack of "killers" and they should be extra dilligent about keeping them in!

Anyway, this world has many ignorant people and have no idea the kind of rubbish that they are spewing.